Two NYK Group companies have each been recognized with an Award of Excellence at the 2017 Cruise of the Year Awards* sponsored by the Japan Oceangoing Passenger Ship Association (JOPA).

NYK Cruises Co. Ltd. (head office: Yokohama; president: Hiroshi Hattori) was recognized for its Takarazuka cruise, which was held on board the luxury cruise ship Asuka II operated by NYK Cruises. This cruise allowed passengers to enjoy an original show by performers who used to be members of the Takarazuka Revue. In addition, the guests enjoyed many collaborative events such as an exercise class by a choreographer of the revue, and a costume display. Guests could also try on feather backpack wings and feel what it is like to be a member of the Takarazuka troupe. This cruise was also praised for its appeal to new customers. Sixty percent of passengers were first-time guests, and half were under the age of 50.

Yusen Travel Co. Ltd. (head office: Tokyo; president: Katsuo Isomura) was recognized for its Shingu (Wakayama pref.) ??? Kochi ??? Beppu (Oita pref.) cruise. Yusen Travel chartered Asuka II in spring, when cherry blossoms are in full bloom, and arranged original onboard events, special gifts, and meals on the theme of cherry blossoms and spring. Families and female groups especially enjoyed this cruise, which was also praised for its appeal to the Asia market and for the discovery of a potential new cultural experience for foreign guests on a Japanese flag cruise ship.

The NYK Group will continue its efforts to offer creative cruise experiences that best meet the passions of its customers.

* Cruise of the Year

An annual award presented by the cruise section of JOPA. The purpose of the award is to recognize companies offering notable cruises that have contributed to the development of the travel trade, thus increasing the motivation to produce attractive cruises and services for customers. This is the 10th year that the award has been presented. Awards of Excellence are given to recognize original cruises that attract a significant number of customers, challenge new markets, and generate significant social attention. 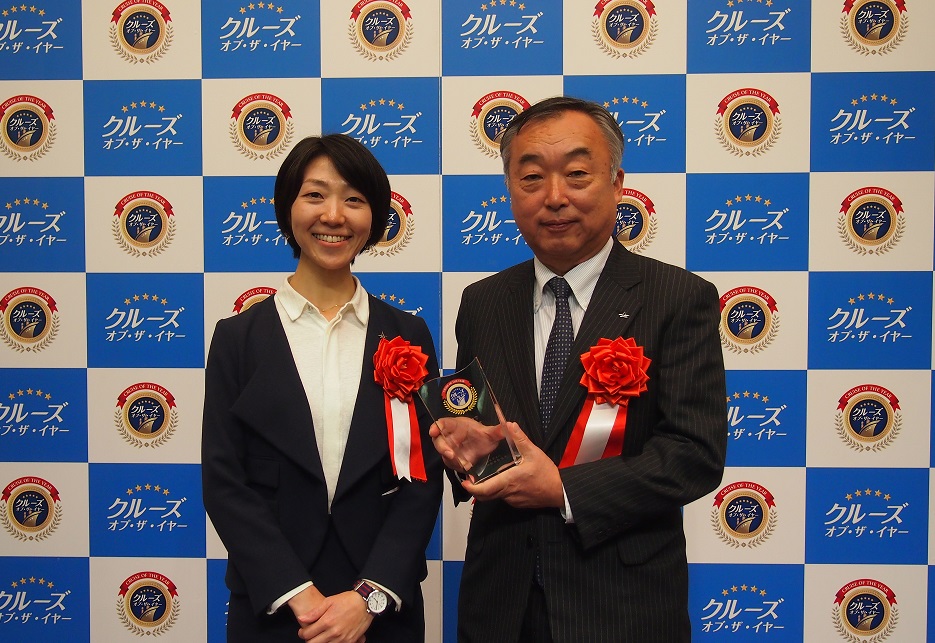