NYK chairman Yasumi Kudo and museum director Tadashi Abe greeted the minister, who then reviewed the history of Japan's maritime transport industry through the story of NYK. Minister Ishii was shown a letter of appreciation sent by Japanese Admiral Togo Heihachiro to an NYK vessel requisitioned during the Russo-Japanese War (1904 - 1905), an early Showa period (1945 - 1989) menu from the cruise ship "Asama Maru," and a rain barrel used for fire protection at the Tsukumo Shokai Shipping Company. NYK traces its history back to the founding of Tsukumo Shokai in the 1800s.

NYK continues to make every effort to safeguard key items to preserve the historical links between the Japanese marine industry and society, and thus enhance the maritime spirit.

Examines the history of Japan's maritime transport industry since the establishment of NYK in 1885. Website: http://www.nyk.com/rekishi/e/ 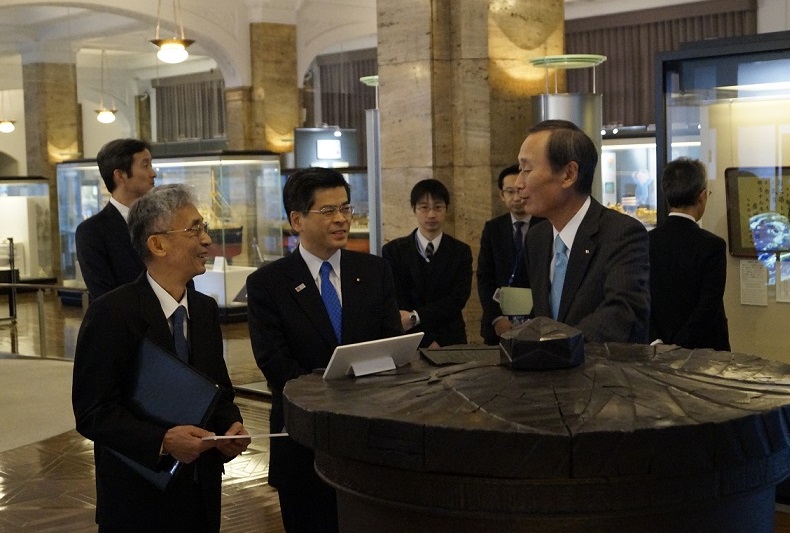