In November, NYK and three other companies* jointly held a workshop at DNP Plaza in Tokyo on the theme of fair trade and the U.N.???s sustainable development goals (SDGs)** with the support of Fairtrade Label Japan, a non-profit organization.

Fair trade plays a significant role in the achievement of eight of the 17 SDGs. In addition, compliance with the Tokyo 2020 Olympic and Paralympic Games sustainable sourcing code is being encouraged of all stakeholders in the games.

About 50 people interested in fair trade, including employees from companies that sponsored the event, took part and learned about regional disparity through a simulation game about international trade. In addition, the companies introduced their initiatives for fair trade product consumption in their offices and encouraged the participants to expand their cooperation for the achievement of SDGs. NYK has offered Fairtrade certified coffee and tea at its head office in Tokyo since 2015.

Increasing the awareness of fair trade products has recently become a more important issue for the NYK Group, which as a good corporate citizen will continue to take an active role in social issues and make efforts to realize a sustainable society.

The 2030 Agenda for Sustainable Development, which was adopted at the U.N. Summit in September 2015, established 17 SDGs to realize a global society by 2030. In Japan, a department to promote SDGs was launched in May 2016 and comprises the prime minister (as general manager) and all Cabinet ministers. 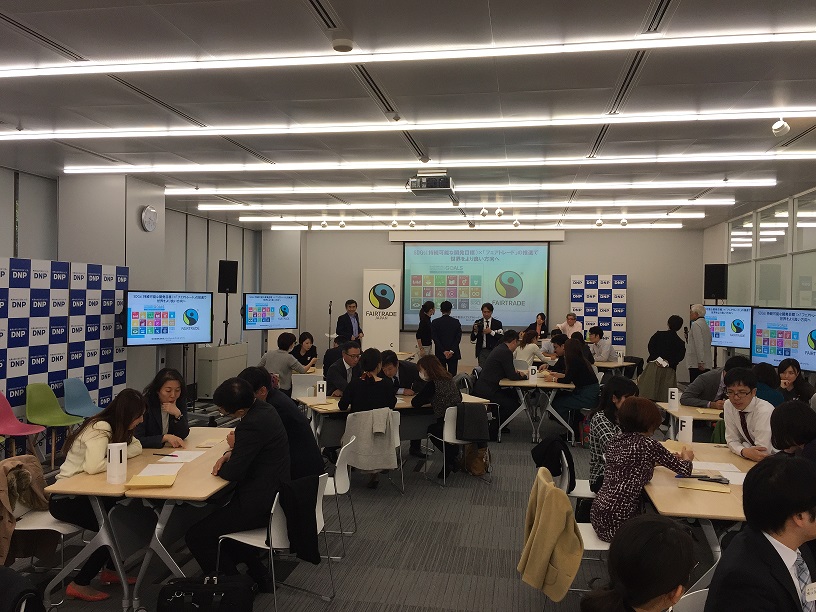