On August 4 as part of the company???s Remember Naka-no-Se Campaign,* NYK conducted a crisis-response drill based on the scenario of a serious accident occurring on an NYK-owned and operated LPG (Liquefied Petroleum Gas) carrier.

NYK, with the cooperation from the Maritime Bureau within Japan???s Ministry of Land, Infrastructure, Transport and Tourism (MLIT), the 3rd Regional Coast Guard Headquarters of Japan, the Maritime Disaster Prevention Center (MDPC), and related parties made this drill more realistic and practical than before. NYK chose oil spill as the drill scenario to prevent the lessons of the Diamond Grace accident from fading away 20 years after its occurrence. During the drill, NYK???s crisis-management headquarters simulated timely press releases and reconfirmed the importance of immediate and correct information disclosure to the public.

A summary of the drill is provided below.

A blackout had occurred on an LPG carrier while the vessel was sailing within Tokyo Bay, making it unable to sail under its own power. After that, the vessel collided with a domestic container vessel operated by Kinkai Yusen Kaisha Ltd., an NYK group company, then followed by a fuel oil spill from the LPG carrier.

1) NYK set up a crisis-management headquarters upon receiving an urgent report from the LPG carrier???s ship-management company about the accident.

3) NYK directed the LPG carrier to stop the oil leakage, rescue the injured by coordinating with MLIT, the Japan Coast Guard, the MDPC, and related parties.

NYK will further advance its safety management systems, positioning navigational safety as one of its most important tasks, and will aim to be a leading company in the safety field.

This campaign has been conducted every year to remind NYK Group members of the importance of safe operations and to ensure that lessons remain learnt from the oil spill that occurred in July 1997 from VLCC Diamond Grace. 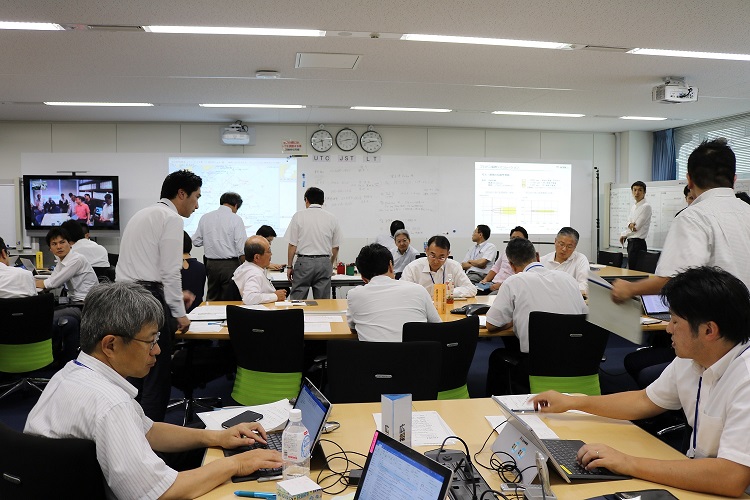