The Imperial couple keenly saw the exhibition of history until today; Yataro Iwasaki who established modern Japanese shipping industry, the Bombay route established jointly with Tata company, the many celebrities who traveled on luxury passenger liners in prewar, the devastation of war, and the achievement of recovery started with the only one large-scale survivor ship Hikawa Maru. The Imperial couple expressed their impressions that today the main transportation for passengers has changed to airplanes from ships, which was once the only transportation mode.

NYK continues to prevent dissipation of historical materials to promote preservation, and to convey how the Japanese marine industry has been involved historically with people's lifestyles through the maritime history, in order to enhance maritime spirit.

It introduces history from the dawn of modern Japanese marine transport to date, through NYK's company history since its establishment in 1885. 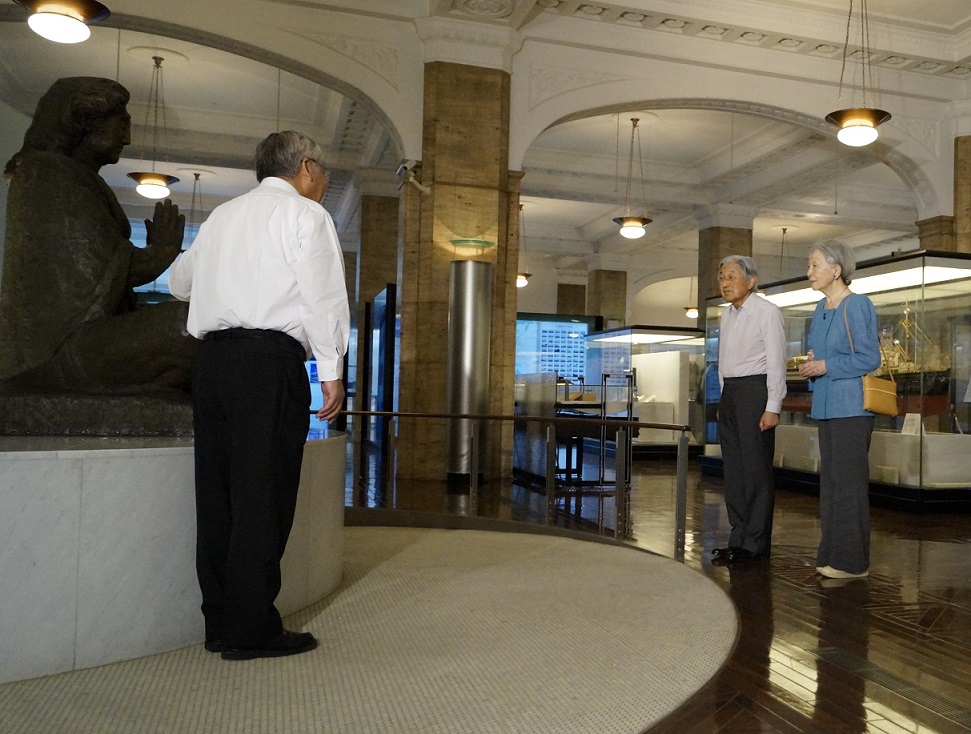 On 70th anniversary of NYK???s establishment, NYK exhibited the statue to mourn its 5,312 employees who were lost during the Pacific War. This was made by Seibo Kitamura (1884-1987), the same sculptor as the Peace Statue in Nagasaki Peace Park.